There is little doubt about the most remote place in the Netherlands. That is Horsbornzand, located East of the island of Rottumeroog at the shore of the Oude Westereems. Huge sea ships are passing quite near you. With good visibility, the contours of Rottumeroog can be seen and the German Wadden Sea island of Borkum looms up to the east. This makes you feel like a small dot in an immense environment.
The Vrije Wadlopers offers three tours to Horsbornzand: Horsbornzand: North, South-East and West.
The Horsbornzand West tour remains just outside the protected breeding area and could be offered throughout the year. The North and South-East tours are offered outside the breeding season which is between 15 May and 1 September.
The hiking tour starts at the Emmapolder, at the same spot as the tour to Rottumeroog. Similarly to the trip to Rottumeroog, the first hour of the tour goes through muddy terrain. By-passing land reclamation areas, we arrive at a tidal creek called Zuidoost Lauwers after a bit more than an hour.
The North tour takes us two to two and a half hours to arrive at Horsbornzand, a beautiful elongated sandbar full of shells. If the tide is OK and we feel OK as well, the tour can be extended further to the most Northerly part of the Netherlands that can be reached on foot.   Full of impressions, we hike back following the same route to the mainland.
The South-East option is even more unique. We arrive south of the Horsbornzand sandbar and hike through a varied and hardly visited terrain.
Both options have a distance of roughly 20 kilometers.
This is a trip for sports enthusiasts. A good pace must be maintained on this more than five-hour trip.
In case one appreciates a somewhat less heavy distance and pace, Horsbornzand West is an option. We will take a tour of in total 16 kilometers covering a varied terrain.

Tours by appointment for at least 6 participants: date and time after consultation at aanvraag@vrijewadlopers.nl . 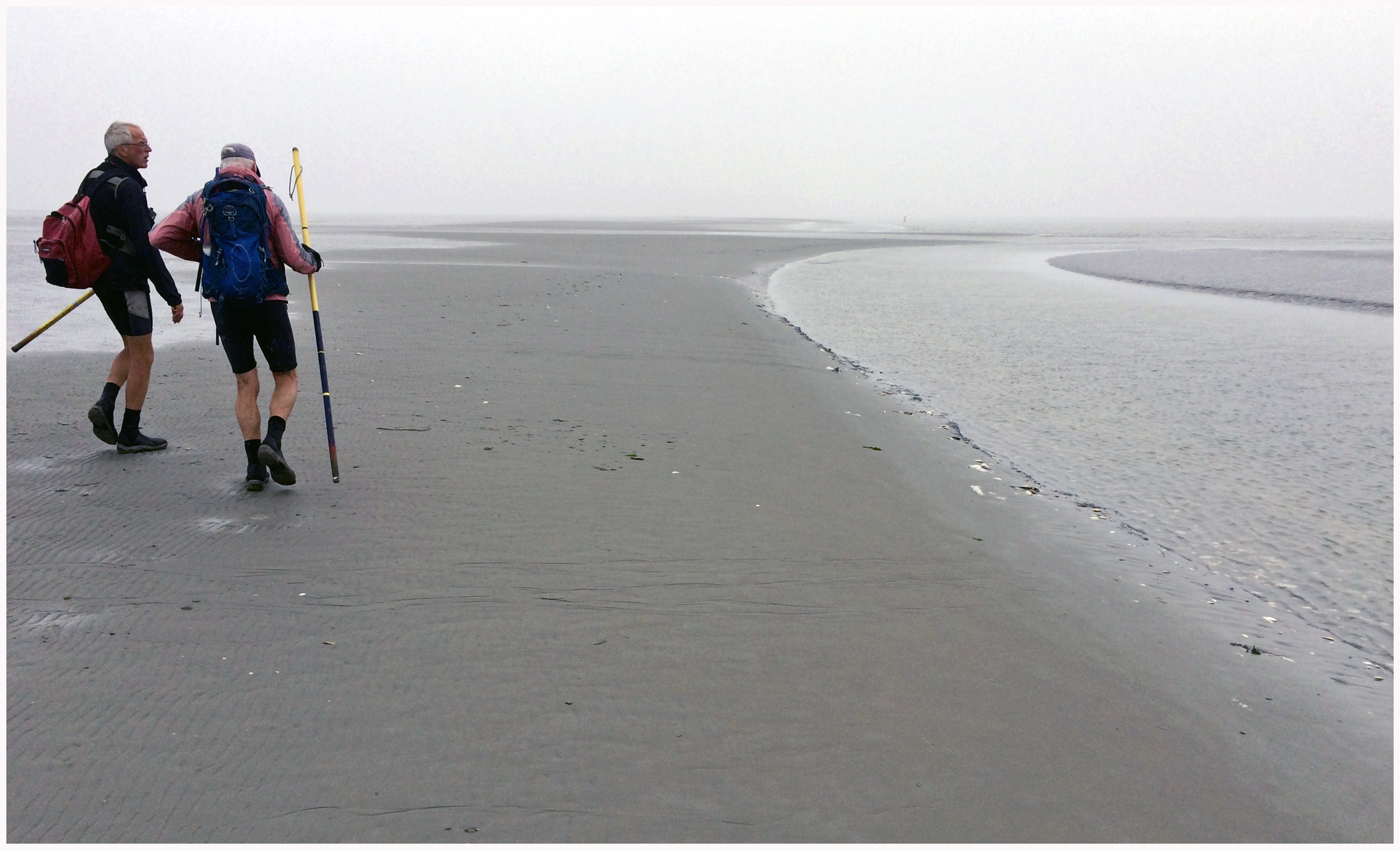